Share a memory
Obituary & Services
Tribute Wall
Read more about the life story of Austyn and share your memory.

Surviving are his parents, Cindy Jacobs of San Jose and Terry Jacobs of Canton.  He is also survived by his Grandma Sandy Jacobs of Elmwood, Grandma Linda Jacobs of Canton, brother Thomas Watts (Kerrissa) of Delavan, sister Courtlyn Jacobs of Bloomington, niece Kila Watts, and nephew Markus Watts.  He also leaves a large family of aunts, uncles, cousins and friends.

Austyn James was a big personality who loyally devoted himself to his many friends and family.  He was a talented singer and musician committed to bringing a smile to those who enjoyed his work.  He loved adding his own fun flare to popular country tunes in venues throughout central Illinois.  He even wrote and produced his own original single which was featured heavily on the local country radio station.  But when he was on the stage, he most loved to shine the spotlight on his fellow Austyn-Weston Band members to recognize their musical talents.  When not on stage, he enjoyed reeling in bass; always claiming to have just lost the big one.  He was also a lifelong fan of the Chicago Cubs and most loved watching them from the outfield bleachers on a hot summer afternoon.

Austyn loved his family dearly and showed his love most by always lending a hand, fixing a roof or building that shed Grandpa so dearly needed.  He spent a couple years as a helicopter metalwork mechanic in the United States Army’s 160th Special Operations Aviation Regiment with service in Kentucky.  During his service, he earned the National Defense Service Medal.  He was also an industrial carpenter with the Carpenter’s Local Union #237 and United Brotherhood of Carpenters.

Visitation will be held from 3-6 pm on Friday,  November 4, 2022 with funeral services starting at 6:00 pm at the Davis-Oswald Funeral Home in Delavan.  A celebration of life will also be held on the afternoon of Sunday, 13 November from 1-4 pm at the Farmhouse in Delavan.

Memorials will be given to the surviving members of the Austyn-Weston Band.

To send flowers to the family or plant a tree in memory of Austyn Lindsey-Jacobs, please visit our floral store.

Your browser does not support this video format. You should be able to view it in Chrome, Safari or Internet Explorer. 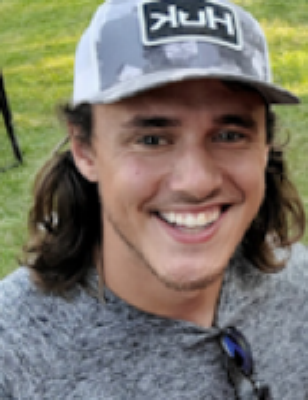 You can still show your support by sending flowers directly to the family, or by planting a memorial tree in the memory of Austyn Lindsey-Jacobs
SHARE OBITUARY
© 2023 Davis-Oswald Funeral Home. All Rights Reserved. Funeral Home website by CFS & TA | Terms of Use | Privacy Policy | Accessibility