Share a memory
Obituary & Services
Tribute Wall
Read more about the life story of Logan and share your memory.

Logan C. Dickey, 92, of Pekin, passed away Friday, September 9, 2022 at Timbercreek Rehab & Health Center in Pekin. A lifelong resident of Illinois, he resided in the towns of Morton, Tremont, and Pekin.

He was born July 8, 1930 in Wayne City to Reed and Mary Melinda “Mollie” Jones Dickey.  He first married Donna McManus , the mother of his children.  He later married Shirley Blazek Dudley on October 31, 1981 in Deer Creek, and she passed away November 2, 2019.

He was preceded in death by one daughter, Stephanie Sassman; three brothers, Delmar, Donald, and Leland; and three sisters, Verna, Ilene, and Helen.

He worked at Caterpillar Inc. in East Peoria for over 30 years.

He was a member of Bethel Baptist Church in Pekin, Tremont American Legion Post 1236, and he and Shirley often opened their home to visiting missionaries.

His funeral will be at 11:00 am Tuesday, September 13, 2022 at Bethel Baptist Church in Pekin.  Pastor Steve Rowell will officiate.  Visitation will be one hour before the service at the church.  Burial will be in Mount Hope Cemetery in Tremont with military honors accorded by the Tazewell Military Rites Team.

Memorials may be made to Bethel Baptist Church in Pekin.

To send flowers to the family or plant a tree in memory of Logan Dickey, please visit our floral store.

Your browser does not support this video format. You should be able to view it in Chrome, Safari or Internet Explorer. 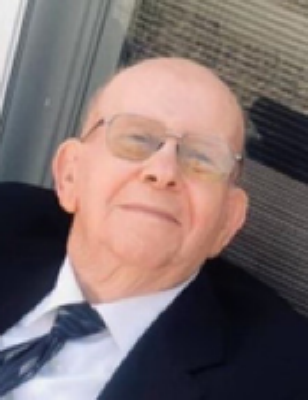 You can still show your support by sending flowers directly to the family, or by planting a memorial tree in the memory of Logan Dickey
SHARE OBITUARY
© 2023 Davis-Oswald Funeral Home. All Rights Reserved. Funeral Home website by CFS & TA | Terms of Use | Privacy Policy | Accessibility