Share a memory
Obituary & Services
Tribute Wall
Read more about the life story of Robert "Bob" and share your memory.

He was preceded in death by his parents; one brother, Lewis; one sister, Lorraine; and one daughter, Judy.

Bob graduated from Hopedale High School before attending Wesleyan University in Normal, later working at Caterpillar Tractor Co.  In the late 1940’s, he went to work with his parents at Anderson Grocery.

In the early 1950’s, he took over the grocery store from his parents. In 1958, he purchased  the only other grocery store in town from Lee Thompson and moved into Thompson’s building.  In 1963, he purchased the building next to him, which had housed Springer Hardware and remodeled his store to double its size.  Bob and June retired from the grocery business in 1973.

Bob helped to organize the Community Bank of Hopedale, serving on the board for 40 years, president for 16 years and vice president for 24 years. He was a charter member of the Hopedale Lions Club, recently receiving a plaque for 50 years of service.  He also served on the board of the Orndorff Cemetery.

Both Bob and June were die -hard Cub fans, attending spring training in Arizona several times.  Bob played baseball and basketball in high school then baseball and football at Wesleyan and baseball at Caterpillar.

His funeral will be at 2:00 pm Sunday, November 27, 2022 at Hopedale United Methodist Church.  Frank Brozenec and Pastor Charles Graul will officiate.  Visitation will be one hour before the service at the church.  Burial will be in Orndorff Cemetery in Hopedale.  Davis-Oswald Funeral Home in Tremont is handling the arrangements.

Memorials may be made to the Hopedale Lions Club.

To send flowers to the family or plant a tree in memory of Robert "Bob" Anderson, please visit our floral store. 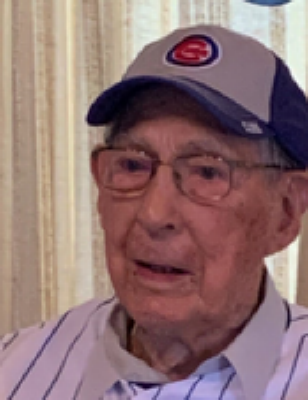 You can still show your support by sending flowers directly to the family, or by planting a memorial tree in the memory of Robert "Bob" Anderson
SHARE OBITUARY
© 2023 Davis-Oswald Funeral Home. All Rights Reserved. Funeral Home website by CFS & TA | Terms of Use | Privacy Policy | Accessibility