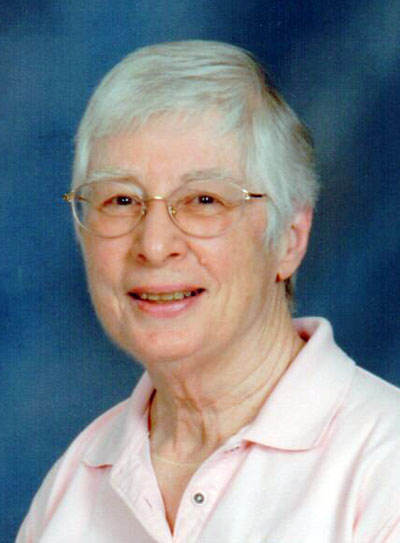 A service summary is not available

She was born May 10, 1937 in Cook County, IL to Edwin C. and Joy Bacon Witwer of Niles, MI.  She married Dr. Robert B. Meyer on February 3, 1962 at Trinity Episcopal Church in Niles, MI. He survives along with one daughter, Valerie (James) Moore of Tremont; three grandsons, Nate Danz, Matthew Moore, and Jason Moore, all of Tremont; and her twin brother, Scott Witwer of Niles, MI.

She was preceded in death by her parents and one infant daughter, Albion Gabrielle.

She attended school in Niles and Kemper Hall, Kenosha, WI from which she graduated in 1955.  She attended the University of Michigan, Colorado A & M College, where she was a member of Delta Zeta Sorority, and received her B.A. from Western Michigan in 1962.

When her husband left teaching at Monmouth College in Illinois to enter Seminary in New York City, Robin obtained a job with Manufacture Hanover Trust in their International Department as one who “floated” among their various branches in Manhattan.  During this time, she foiled two attempted bank robberies.  After leaving New York, she worked successively at Community Bank and Swearington Wholesale in Canton, as a receptionist in the Fulton County State’s Attorney’s Office, Lewistown and as the librarian at Lewistown Grade School.  When they lived in Missouri, she worked as a “Homemaker for the Elderly” through an entitlement program held by an area nursing home.  This proved to be her favorite job as she found her special gift of working with the elderly.  She later became a member of the Waupaca County, WI Commission on Aging.

She was an avid reader, enjoyed fishing, and being with her grandchildren.  She made Cursillo in 1976 in Peoria and was on teams in Peoria, Western Missouri, and in the Diocese of Fon du lac, WI, where she was Rectora  of Monarch Cursillo #16.  She was a member of the Rebecca Circle at First English Lutheran Church and a member of St. Paul’s Episcopal Church in Peoria, where services will be held after Covi-19 restrictions allow with Rev’s Jenny Replogle and Jonathan Thomas presiding and the Rev. Dr. James Lillie preaching.  Visitation will be held at the church prior to the service. Davis-Oswald Funeral Home in Tremont is assisting with the arrangements.

Burial of cremains will he at a later date in Union Cemetery, Oak Harbor, OH.

A special thanks goes to the staff at Heddington Oaks and Pekin Manor for their loving care.